The aim of this PhD dissertation entitled “Relations between philosophy and cinema based on the Deleuzian perspective” is to deploy and develop the potential of films to explore philosophical ideas by creating concepts through images.  That is basically Gilles Deleuze’s main purposes when writing Cinema 1. The Movement Image and Cinema 2. The Time Image and it is a matter of fact that most of our contemporary audio-visual culture works exactly that way.

The paper is divided into two sections: the first one dealing with theoretical issues and the second one is more oriented to film analysis.  We can also say that theoretical part aims to mark the key period in the life and work of Gilles Deleuze, from his early days to mature works, in particular the books on cinema.  Films indeed provide the fullest and the richest overview of the entire Deleuzian conceptual framework due to multimedial nature of the cinematic device.  Film analysis in section two, on the other hand, applies Deleuzian philosophical and semiotic taxonomies to a chosen selection of contemporary movies that leads and stimulates reflection. That means a kind of cinema inspiring all kinds of thoughts, keeping the distance from film industry, far away from mere entertainment.

The theoretical section outlines as well the transition from a still “conjugated paradigm” philosophy of cinema, to the philosophical level that seizes the dimension of “thinking through images”.  Exactly in this way, cinema tries to present itself as “the philosophy” of the 21st century, providing an ideal answer to the philosophical challenge that Henri Bergson launched to the future of philosophy.  Besides, first guiding principle in this part of the project was the placing of a contemporary philosophical figure such Deleuze within the right context of film theory.  So, while Cinematographic Aesthetics promoted cinema from a technical tool to an Art, Deleuze has also had his own philosophical background and apprenticeship, two issues that requires further attention likewise.

For Aesthetics, the reference book is Filosofia del Cinema[1] by Daniela Angelucci whereas for Deleuze, reference goes to two basic works by Rocco Ronchi: Gilles Deleuze[2] and Il canone minore. Verso una filosofia della natura[3].  The second one in particular depicts a perfect frame for the philosophy of absolute immanence, kind of a distinctive mark of Deleuzian thought.  The first one, instead, is more focused on Deleuze’s thought and work, adding, in this regard, the critical contributions of Paola Marrati[4], Daniel Rodowick[5] and Daniela Angelucci as far as Deleuze and the concepts of cinema are concerned[6].

It is essential to remember Deleuze’s affinity with the philosophy of immanence which, subordinating the paradigm of the human exception, it chose to naturalize the human element in order to create the necessary conditions for a fruitful dialogue with science. This philosophy certainly does not want to deny the intentionality of consciousness.  Rather, the question is whether we can go back to the “condition of possibility” for this consciousness to be, in fact, aware of itself.  Going back to the root of this possibility, ultimately means, for humans, detaching themselves from a purely human vision to be finally able to return to nature.

After all, the same spirit animates Deleuzian film taxonomies, shaped on the major issues arising both from Henry Bergson’s philosophy and Charles Sanders Peirce’s semiotics.  Deleuze believes in the existence of a deep parallelism that links the working mechanisms of consciousness and the flow of images in film, taking also into consideration the three categories of experience according to Peircean semiotics.  Cinema 1 and Cinema 2 have to be considered, one hundred percent, philosophical works, as cinema itself is a practice of concepts, showing how to seize the essence of time (Cinema) starting from its representation (Film).  In Cinema 1, Deleuze describes film editing related techniques as agents for normalizing time, whereas in Cinema 2 we have what Bergson called time as duration, the consciousness that exists wherever there is a continuity of the past in the present.

In the second section, named Film Taxonomies, we then tried, following Deleuzian methodology, influenced by Nietzsche’s genealogical method, to deduce, starting from filmic images, various taxonomies along the lines of the ones created by Deleuze to support the equivalence between cinema and thought.  In particular, reference is made to a national film production (Marco Bellocchio, Alex Infascelli, Gianfranco Rosi, Mimmo Calopresti, Paolo Sorrentino, etc), a western one (Lars von Trier, Terrence Malick, Sara Adina Smith, Claire Denis, Charlie Kaufman, Joel and Ethan Coen, etc) and a worldwide cinema (Jafar Panahi, Nadine Labaki, Deepa Mehta, etc.) including eastern products from China, Korea and Japan, above all, where cinema reflects, in a way, the features of a culture that is already oriented to immanence in its sensitive system of relations between the parts and Whole which is then expressed through the noblest attitude of respect and the deepest compassion towards every single living creature.

In conclusion, in full awareness that Deleuzian studies concerns “the film era”, I mean a treasure of inestimable value, this PhD work humbly aims to highlight and confirm, however, the philosophical potential of cinema.  We can just say that cinema could be an Event, considering its transformative impact on people and things.  For instance, let’s think about how many areas have been strongly affected by the influence of cinema, media studies in particular, which also justifies the adoption of a thematic criterion for the bibliography, given the considerable amount of knowledge flowing into this project and coming from such heterogeneous fields.

In this respect, it could be eventually said that cinema has not yet exhausted its internal transformative energy and that many processes in visual culture are therefore still underway, ready to be studied, examined and analysed through a multidisciplinary approach, always remembering that philosophy is in charge of “thinking” concepts, perhaps enjoying the freedom that other branches of knowledge do not possess, having to remain faithful to the specific sector of reality they investigate.  From this point of view, it is important to rediscover Deleuze and his great lesson: to believe in reality, asking oneself about possible places for philosophy to begin, without ever forgetting that philosophical thinking belongs to a “non-human” dimension in terms of “beyond-human”. After all, cinematographic experimentation lives precisely in this “beyond humanity” world.

Donazioni per gli amici in Ucraina 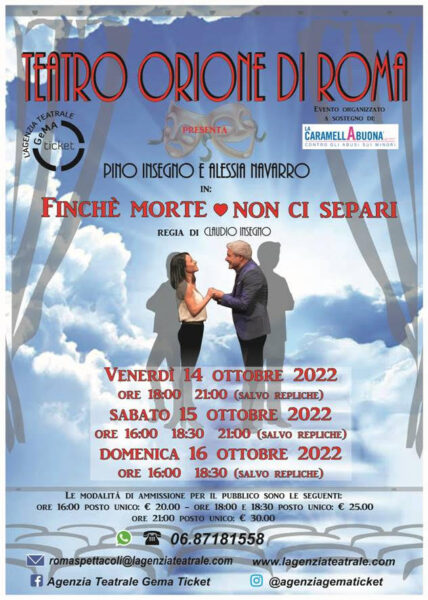